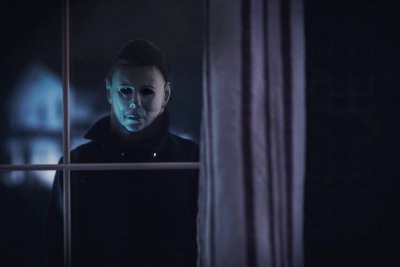 Any outdoor cinema expert would agree that one horror movie is simply legendary in the genre.
It dates back to 1978 and inspired a legion of slashers for years – nah, decades – to come.

The film was of course Halloween, focusing on deranged main character Michael Myers. The franchise revolutionised the genre and it is still shown at some outdoor cinema events today.

But almost forty years later, why do film audiences still love being scared? We took a deep dive into the subject as Urban Entertainment prepares for the busy Halloween cinema season starting next month.

It’s all about science

Most of us live pretty comfortable lives in the western world today. But despite evolution in the way we live our lives, science has shown that our primal fears are still present and triggered by certain stimuli. That’s even when they aren’t actually real.

Those primal fears could include a fear of being eaten by a predator. That was a very present danger for mankind thousands of years ago.

Another study published in the Journal of Psychology found that people watch horror films for three reasons: tension, relevance, and unrealism.

Today the closest we might get to being eaten for lunch is at an outdoor cinema event where a vampire or zombie epic is being played out on the big screen!

Have you ever said ‘I’d never go down there’ while watching a film character head into a ominous looking forest or cellar? Us too.

Evolutionary psychologists say that horror films provide a safe way for humans to rehearse mentally how we would copy with age old dangers.

One of the explanations behind this is immediately after feelings of fear, some people experience intense feelings of relief.

That’s what maintains the intrigue.

Horror is the big time

Some of the most popular horror movies include The Exorcist, The Shining, The Ring and that old faithful, Halloween.

Apart from being guaranteed to have you hiding behind the sofa, they also have more in common.

Terrifying people is where the money is.

The outdoor cinema expert team at Urban Entertainment love horror movies. Naturally, we can recommend plenty of them to thrill the audience at your upcoming outdoor cinema event.